In November 1982 Alan and Thelma East used their Silver Wedding anniversary as an excuse for a reunion of Sabre/Hunter contemporaries. There were fourteen ex-members plus their ladies at this mini reunion with apologies received from eight others and no reply from two. The resulting address list was subsequently sent to the Squadron Adjutant.

On 27th November 1983 Alan was introduced the then current C.O., John Thompson., who remembered receiving the address list the previous year.  He commented that it was surprising that such a senior squadron did not have an association and asked if Alan would consider using his “Christmas Card List”, as he described it, “to investigate what support there would be for an official UK-Based Squadron Association.

Contact with members of the list and adverts placed in various aviation magazines resulted in a slow but steady trickle of replies and towards the end of 1984 Alan sent a list of names to everybody who had contacted him which now totalled nearly 100.  At this point those on that original list were invited to send Alan £5 towards the production of a Newsletter and the organisation of a reunion.  Getting that first subscription – and having to buy a receipt book in order to acknowledge it – was what brought the Association formally into being.

The first Newsletter, dated April 1985, was a typewritten offering, effectively of only six pages: the back cover being left blank because page 7 was a returnable questionnaire.  Other pages and articles included Tailchase and a photograph of the nine ex-C.O’s.who had attended a Squadron Standard laying-up ceremony the year before.

The first reunion was an informal buffet supper held in the Roundel Room and the Hendon Museum at which time the list had risen to 157 of which 74 attended the reunion.  The association went from strength to strength and since that first reunion in 1985 there has been a reunion every year except 2010 which was a casualty of the world wide recession.  The Association is now run by an ‘Executive’ and has a President, Annual General Meetings are also an annual requirement of the constitution and the finances come under the auspices of an Honorary Treasurer.

In 2012 the association was involved in helping the squadron with its plans for celebrating it’s 100th anniversary.

In September 2012 Alan East, the founder and past Chairman of the Association passed away.

In May 2022 the Sqn will celebrating it’s 110th anniversary 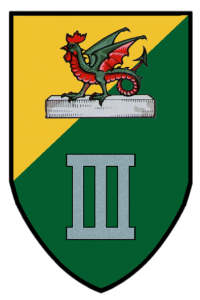 Since that first reunion the venues have been many and varied and include: