It is with a very sad heart that I announce the passing of Jack Long (membership No 217) on 15th October 2013.

Jack had been suffering from pancreatic cancer, which was diagnosed in January 2013. He had a long stay in hospital last year with other problems and had been admitted to a hospice three weeks ago. He was made as comfortable as possible; June was there at the end.

Jack was 80 and was a long established RAF historian, specialising in Three Squadron history. His book ‘Three’s Company’, was a compilation of stories from members of the squadron through the years, and sold steadily. He always liked to present his view of history which was meticulously researched and at which he was considered an old-fashioned expert. He eschewed modern technology commenting that any fool could believe the internet. He was proved right on many occasions.  Jack and June were stalwart supporters of the annual reunion and other events. Here he is at the Larkhill gathering in 2011: 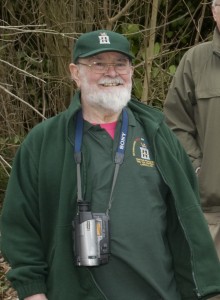 Our sincerest condolences to June, Nicola and the family.

Further to this message about the passing away of Jack Long on October 15th. I’ve kept in touch with June and she has given me details of the memorial service for Jack’s life; he has donated his body to medical science.

The memorial is on:
Saturday 30th November, 12.00pm – 3.00pm
At:
The Wheatley Arms
Wheatley Lane
Ben Rhydding
Ilkley
West Yorks
LS29 8PP
Phone:  01943 816496
June asks politely if you could please let her know if you intend to be there so she can get the numbers right (leave a message). Preferably in the next couple of weeks. Her number is in the Member’s List.